Top 10 day trips within a short drive from Toronto

Niagara Region is where Tour de France cycling star Steve Bauer lived and trained as a young amateur. I would see him training on the beautiful rolling hills of Pelham, sometimes chatting with friends and even pushing old-timers on uphill climbs.
Check out the Steve Bauer Trail Map (pelham.ca/cycling ) for a lovely route through woods, open vistas and farm fields. Bauer conducts his own tours, too, at stevebauer.com... 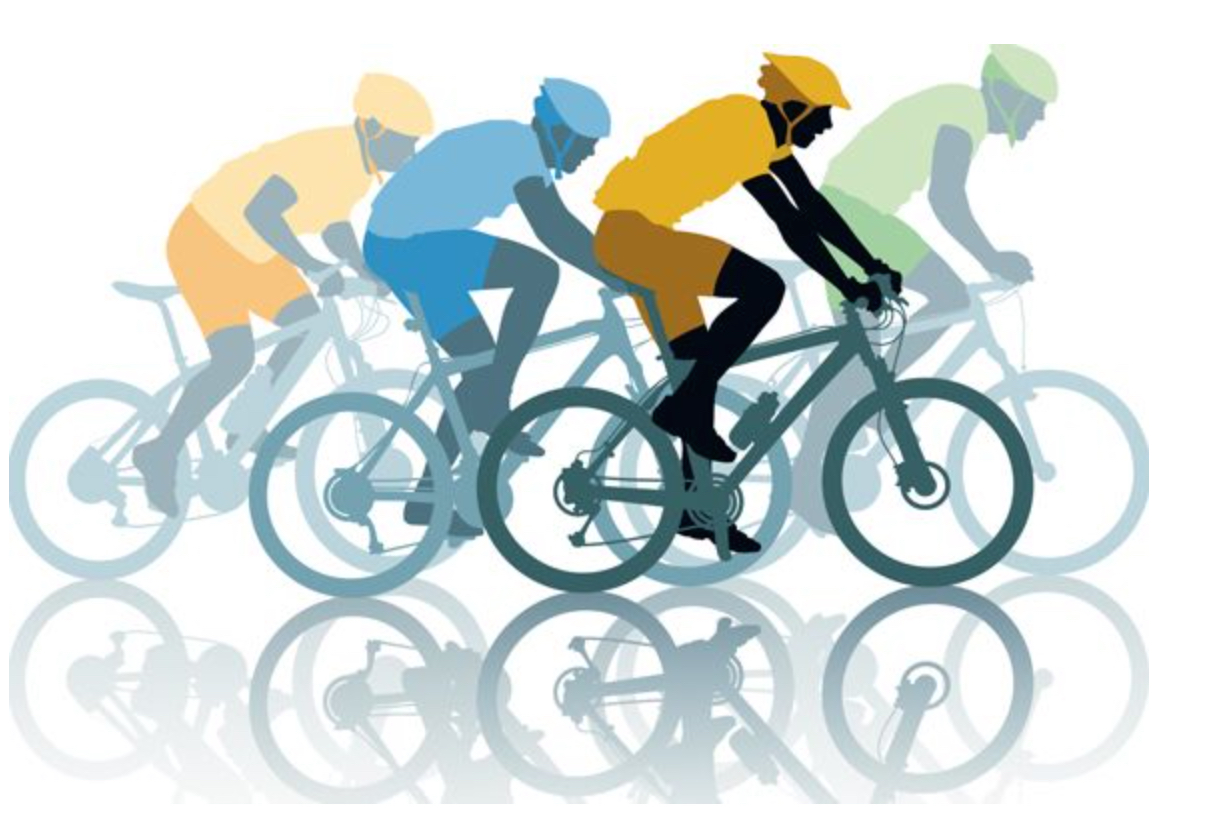 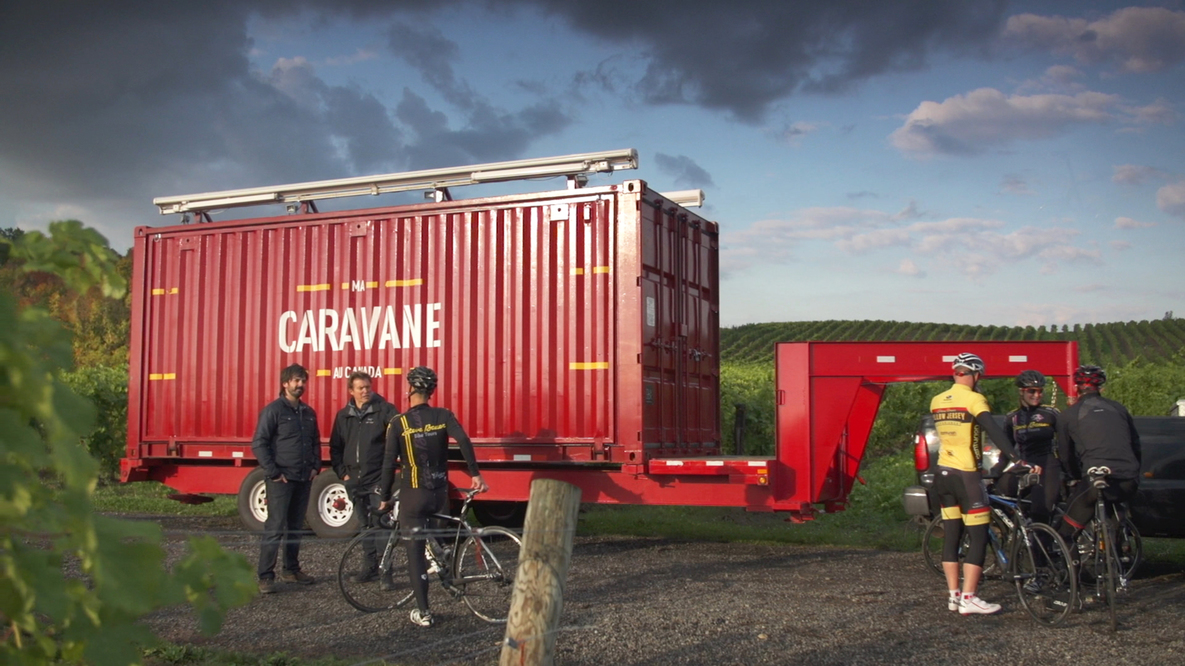 Niagara’s Olympians: Past and Present

Riding Under the Radar: A conversation with Steve Bauer

Taking a cue from some European professional cyclists, the native of Fenwick, Ontario set up Steve Bauer Bike Tours after retiring from competition in 1996, following the Atlanta Olympics. It’s a successful business he currently operates with his partner, Josee Laroque. They’ll take a group to the Tour and to the Giro d’Italia this summer

Following the Path of Lance Armstrong

Despite his personal biking coach, his New York City Cycling Club membership, his weekday ritual of 6 a.m. rides through Central Park and his weekend rides of 40 to 50 miles in the New Jersey countryside, Dan Keating does not consider himself a competitive cyclist....

Steve Bauer Bike Tours hit the 16th stage of the 2008 Giro d’Italia yesterday in the beautiful mountain region of Val Gardena in the Dolomite mountains.....

Part of the thrill comes from being in the middle of a moving circus. Mr. Prince, the cyclist who seven years ago shared an Alpine pass with Mr. Armstrong, recalls taking a similar trip to Italy with the same company, Steve Bauer Bike Tours Inc., St. Catharines, Ontario....

Customization has become key, people request specifics like a cooking school combined with bike riding. So in Provence this June, we will be doing exactly that, cooking classes combined with leisure rides. We can customize any trip, it’s a matter of having infrastructure. In Europe we are strong and better equipped, Belize might be tougher!...

Many tour groups offer the opportunity to travel with a cycling celebrity who has ridden the Tour de France.  Hearing the first-hand stories, analysis of strategies, and getting the scoop on Tour riders adds fun excitement to your experience.

Searching for a tour operator for Tour de France guided trips can be a daunting task....

Steve Bauer Bike Tours and Carmichael Training Systems have entered into a new partnership to provide the most unique luxury cycling programs to the Tour de France in 2005....

Saddling up for a Ride in the Circus

My introduction to the tour came on a flat section midway through the 10th stage where, as part of a bike tour run by retired Tour de France racer Steve Bauer, I rode parts of the route just hours before the race...

Mount up for Adventure

One of the best known places for cycling is the Niagara Peninsula. Retired professional cyclist Steve Bauer is co-owner of Steve Bauer Tours and has been organizing tours in the area since 1997.

His company does 75 to 100 tours a year in the Niagara region. It does five weekend getaways between May and October as well as some five-day leisure trips, but most of its clients are corporate groups that organize day tours for team building or customer appreciation....

His company, Steve Bauer Biker Tours, offers a variety of weekend and day trips including a southern Ontario getaway that follows a route from Niagara to Cambridge with overnight accommodation, food and wine at Jordan's Inn on the 20 and Langdon Hall in Cambridge.

Mr. Bauer recommends Niagara for exploration because of the varied terrain and the proximity of one town to the next. The other cycling picks on his list are Prince Edward County and the Collingwood and Huronia area....

If you can't go this year, it isn't too early to book for next year. Getting a spot on some of these organized tours is as competitive as the Tour de France itself. Many companies, such as France-based Cycling-Ahead or Canada-based Steve Bauer Bike Tours, are already taking reservations

Interview: Steve Bauer – One More Shot At The World’s

Steve Bauer Bike Tours Inc. is the Official Tour Operator. We have placed about 14 nations in hotels that work for cycling teams. We are selling accommodations and packages....

Watch the Tour de France on Your Bike

Steve Bauer Bike Tours offer two trips over the course of the three-week Tour, one when the race passes through the Alps and another when it is in the Pyrenees and on to Paris.

Watching The Tour Over Handlebars

It is possible to pack up your bike, rent a car and follow the Tour on your own. But hotels fill up quickly after the race route is announced in October, and the headaches involved in doing it yourself can be enormous. Indeed, the logistics of simply getting to ride along part of the route the day of the race, watch the finish and return to a hotel are the most challenging.... 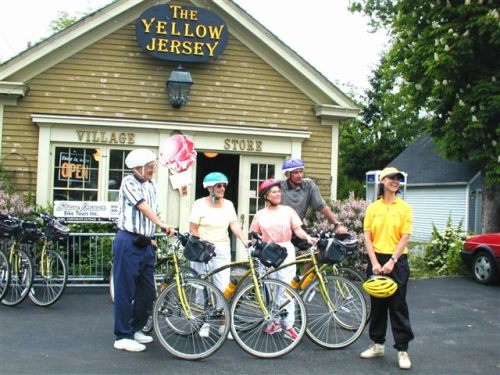 It's an unusual view for Steve Bauer. Looking up ahead to locate his fellow bike riders was a rare occasion when Bauer was one of the world's fastest bicycle racers. He usually had to look back over his shoulder...